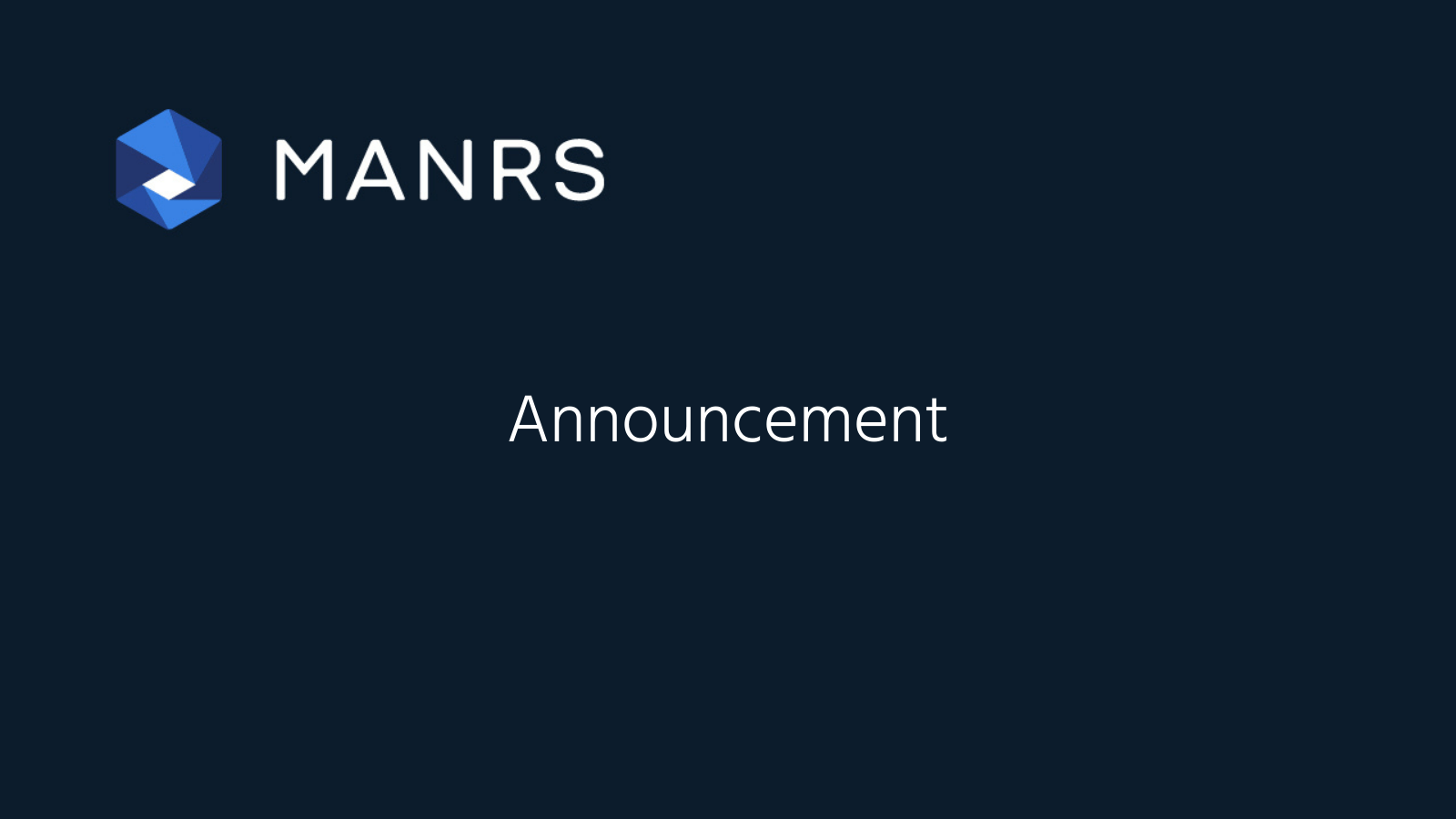 The new roles are an important step towards MANRS self-governance.  They were created to develop discussion and consensus within the Advisory Group, which represents the MANRS Community to develop MANRS and to ensure that decisions about participation have the support of the MANRS Community.

Both Andrew and Warrick have been very active within the MANRS Community, and the Internet Society thanks them for volunteering for the role. Their term will run until 31 December 2021.

In a related development, late last year the MANRS Advisory Group agreed to an incident handling process whereby a network operator(s) responsible for any routing incidents that have caused noticeable disruption to the global routing system undertakes to respond to and address it in a timely manner. As a result, the MANRS Actions for Network Operators were updated (to version 2.4.4) to explicitly state the expectation that MANRS participants actively demonstrate they are committed to addressing problems when they occur.

On a separate note, several participants in the MANRS CDN & Cloud Providers Programme have come together to extend the programme’s MANRS actions to accelerate progress toward secure routing. A task force has been formed to work on this, with specific focus on fostering Resource Public Key Infrastructure (RPKI) deployment and outlining the requirements for peers to facilitate effective validation.

Both developments have been initiated by the MANRS Community. They demonstrate the commitment of MANRS participants to be responsible operators, actively working towards improving routing security.

Finally, the MANRS Advisory Group has been working to develop bylaws that define how the MANRS Community is run, and, in particular, the responsibilities and duties of MANRS Participants, Steering Committee, and Secretariat that undertakes the administration of the MANRS initiative, including assessing whether organizations are MANRS conformant based on the established community-defined criteria. There are still some details to work out, but the draft bylaws will be circulated to the wider community for discussion as soon as the Advisory Group reaches consensus on these.

MANRS Observatory in the News

MANRS Observatory in the News