What Participants Say About MANRS

Today’s society relies more and more on the Internet. It is therefore crucial that the stability and security of global routing is further increased. The MANRS initiative offers real added value in this respect by providing guidance and raising awareness among network operators.

As a National Research and Education Network, we have supported and promoted good Internet citizenship since the beginning of the Internet. The sense of being part of a community and working together for the benefits of all are at the heart of GARR values. We have always strived to be as inclusive as possible, being part of the Internet community worldwide, stimulating discussion and engaging and sharing experiences with the Internet community worldwide, along with assuring network neutrality.
We see all these values well represented in the MANRS initiative.

NetiX is supporting all the policies that keep clean the peering ecosystem.

Being MANRS compliant is not only good for Vultr. It’s an opportunity for us to help our peering partners improve their security while we contribute to a more resilient and trustworthy internet for everyone. It requires cooperation to ensure that routing leaks do not cascade into reliability or security issues. MANRS provides the framework for coordinated action. 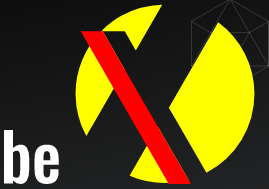 The reliability and security of the internet is a big concern for us! Belgium is only a small country, having a trustworthy connection to other national and international operators should be of key strategic importance for everyone. We hope with doing our small part that we can help the internet forward.

Internet has vastly grown in size over the last two decades. Although the tools nowdays exist, many providers have not taken the correct steps in order to address critical security issues. MANRS is the right way for network and cloud providers to further engage with internet security and make the internet safer for everyone.
Hostmein IKE is a leading Greek cloud and data center provider providing mission critical services. Security for Hostmein is a critical aspect. MANRS actively helped us implement a better security policy for our network by setting the correct guidelines.

The Internet is humanity’s greatest collective work! For Azion that is part of this ecosystem, of this collective work and ensuring that Internet traffic is routed reliably worldwide is an essential element for a reliable global Internet. Based on common network operating practices currently in effect, the global Internet routing system does not have sufficient security controls to prevent the injection of false routing information. The lack of these controls creates a significant vulnerability, which can result in thousands of traffic incidents. The MANRS initiative, promoted by the Internet Society, overcomes this collective problem by establishing a security baseline with concrete actions for network operators. The actions are supported by a growing community of more than 200 networks worldwide. Currently, there are more than 7,000 autonomous systems in Brazil, country of Azion’s origin, with only 33 of these autonomous systems participating in MANRS. The idea is to expand the number of companies involved so that, together, they can work to make the Internet a safe environment. This is Azion’s main objective in participating in MANRS.

Being MANRS compliant not only improves our routing security capabilities, but has the potential to help other networks to improve theirs and is an opportunity for Akamai to make a significant contribution to the improvement of global routing security.

I believe that the actions taken by the MANRS initiative are extremely important to keep the core of the Internet functioning in a secure and resilient way.